Posted on February 8, 2017 by Graphic Details

The Varsity Squash team has continued to perform well against all competitors. Against Hotchkiss, Salisbury, and Millbrook, the team was able to pick up wins in individual games and keep the overall matches very close. Veteran players Stevie Garofalo and Max Kohlkins are consistently winning their games, regardless of the match. Recently at the inter-squad match, Coach Dan Bliss proved yet again that experience beats youth by winning the match outright.

Michael Curcio, Drew Portela, and Kevin Lam recently made the jump from Developmental to Varsity. This is a testament to not only their hard work but also speaks volumes to the quality of instruction the Developmental Squash team receives on a daily basis from Coach Hodosy.
The Swim team has not had the opportunity to enter very many swim meets but when they get the chance to compete, they perform remarkably well. Mason Zhao has won every race he has entered to date and is turning in times that are competitive with top varsity swimmers at secondary schools. On the girls side, Hansi Zhu and Kayla Cui are also formidable swimmers. Each has won several races, respectively, and are each other’s biggest competition. Sinclair Shen, brand new to swimming, recently swam in his first competitive race and won.

Varsity Hockey encountered several key injuries during the month of January but has persevered and managed to fight its way through games. In net, fifirst-year goalie Gavin Marr has continued to progress and consistently delivers strong performances. Many players have had to step into new and important roles over the course of the season and the experience these players are getting is invaluable. As the team begins to get healthy towards the end of the season, they will develop and realize the full potential of individual talent and team ability.

JV Hockey is having a season of great growth. The first couple games of the season represented, for much of the team, the first live hockey they had every played. That said, the team has continued to fight and take advantage of the opportunity to improve. Ninth grade leader, Rawm White, scored the final goal in the team’s first game. Rawm is a great example of how continuing to develop in practice can pay off in a game. First-year netminder Anthony Sorriento has taken to life between the pipes well and makes strides every day to keep the puck out of his cage. Coach Pecchia and Coach Zeiler foster a fun atmosphere, and the team is beginning to become a very cohesive unit.

Girls Varsity Basketball has shown that inexperience is no match for hustle and heart. The girls lost two of their eight players to significant injuries but still battle every game. In several instances, the team has gotten off to quick starts behind the stellar play of Sally Shi. Despite fatigue inevitably setting in late in the game, the team never quits and always plays hard for Coach O’Reily.

Boys Varsity Basketball is performing well this season under the leadership of Coach Del Visco. Despite being smaller than most of the opposing teams, Nick Chung and Daniel Cui consistently hold their own in the paint while Kamal Ibrahim and Isaac Kante are feisty on the defensive end. The Falcons lead scorer is CJ Mitchell, who is impressively averaging over 20 points per game as well as many timely assists. Just recently, they defeated Rippowam Cisqua in the final minute of overtime, 51-50, on two free throws by CJ Mitchell.

Boys JV Basketball has a very balanced approach to each game. Coach Barillaro frequently rotates the five boys on the court and keeps them fresh with timeouts and substitutions. This has proven useful as the team is able to run full speed throughout the entire game. Varsity players Fred Coulibaly, Tai McBride, Colin Maxwell, Taylor Maxwell, and Hans Shen have come down occasionally to play with the JV team to provide leadership and stability. Matthew O’Connell is a talented point guard with a bright future for the Falcons. 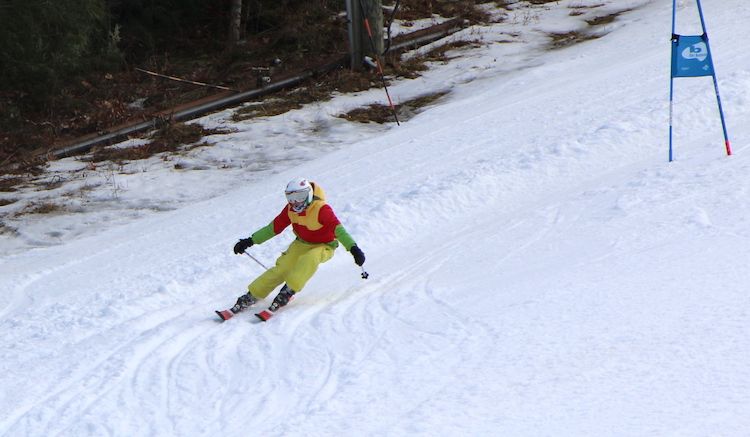 After a slow start to the season due to weather, the Varsity Ski team has started dominating the slopes. Fifth Grades Bronson Culver and Alex Huber have placed in the top five in every race this season and represent a very exciting future for the team. Jin Chey and Niko Huber have also never failed to place top five in any race. Overall, the Ski Team is a force to be reckoned with and shows no sign of relinquishing its hold on the podium.

Rec Skiing is enjoying some fresh powder and colder temperatures. While not competing against other Skiers or Snowboarders, the team is developing many fundamental skills essential to the sport and always has a blast shredding the slopes.