Varsity Squash enjoyed a satisfying week of competition with a 7-0 win versus Berkshire. The match saw 9th grader Karl Banning and 8th grader Gordon Lock pick up tough individual victories against good competition. In the final week of the year, the Falcons kept up their dominant play with victorious trips to Kent (5-2) and Salisbury (8-5). 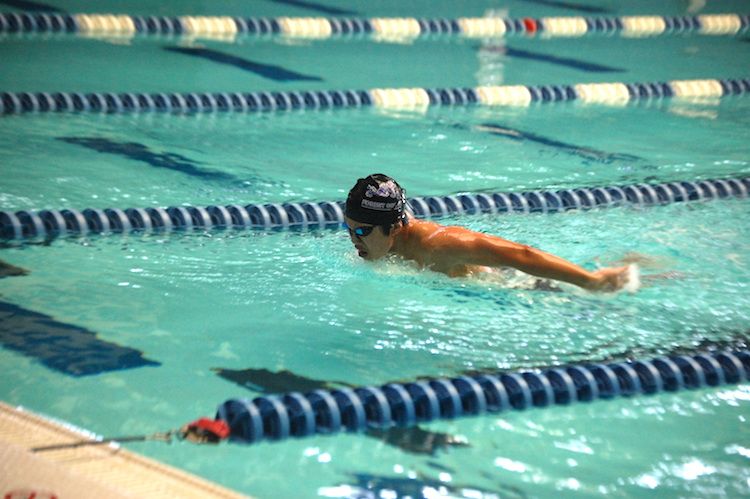 The Swim team had their final meet of the season. Many of the swimmers developed new talent and ability in the pool. 6th grader Gerald Bellamy had never swam before the season and in the most recent meet, dove off the blocks in a competitive swim meet. Gerald is just one example of the many swimmers that were able to get their first swimming experience this season.
Girls Varsity Basketball continues to battle injury problems. This past week, the girls were down to five players but battled nonetheless. Michelle Chiang and Chelsea Mendez have taken very well to basketball and provide a lot of energy for the team in practice and during games. In their last game, the team battled against an evenly matched Mizzentop squad and lost a close game in the last few minutes.
Boys Varsity Basketball avenged an early loss to Berkshire this week with a grueling 25-24 victory. Despite being undersized at every position against the far bigger opponent, the boys fought hard for rebounds and were able to score many points in the paint. The Falcons beat Millbrook in a very close game 44-43 and in their final game, suffered a close loss to Salisbury.
Boys JV Basketball had a great last game against Mizzentop school. While fighting back and forth throughout the entire game, the boys were unable to come away with a victory. Fred Coulibaly has helped out off and on all year with the team and was a major contributor in this game.
Varsity Hockey finished off their season at the Pavek Cup at Rumsey. The Falcons played two games on Saturday and two more on Sunday. On Saturday, IMS won their first game against a Finnish team and then lost against Cardigan Mountain. Sunday, IMS lost to Upland and then in the second game played Rumsey very tough. The game ended in a 4-1 loss for the falcons but the team was able to leave the rink knowing they had fought and earned the respect of their opponent.