Indian Mountain School lost a beloved member of its community when John G. Avildsen ’51 died on Friday, June 16, 2017 at the age of 81. He will be remembered as an alumnus, father of our film program, mentor, and friend, and for the sage advice he so generously shared with our students. 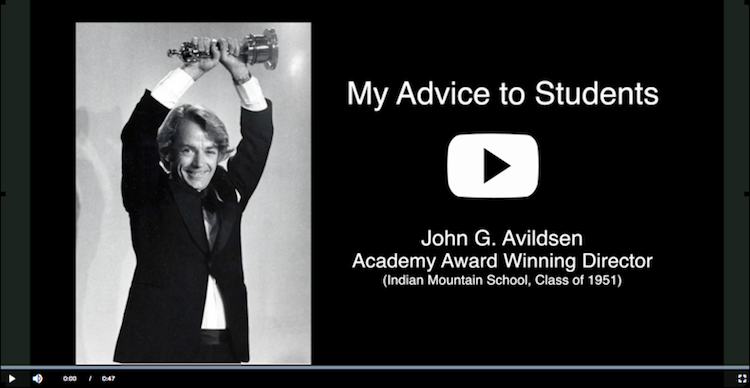 The world-class film director and IMS alumnus had life-long ties to our community and is credited with helping to start our film program when he and his classmate and fellow filmmaker Jim Becket ’50 came to campus to supervise the filming of a student-written film. John had come up with the idea of holding a script-writing contest and giving the winning student writer the role of director on the film’s production team. The two venerable film experts picked a scene written by Carla Frankenbach ’08 and mentored her and the rest of the IMS student cast and crew through the filmmaking process in October 2006. 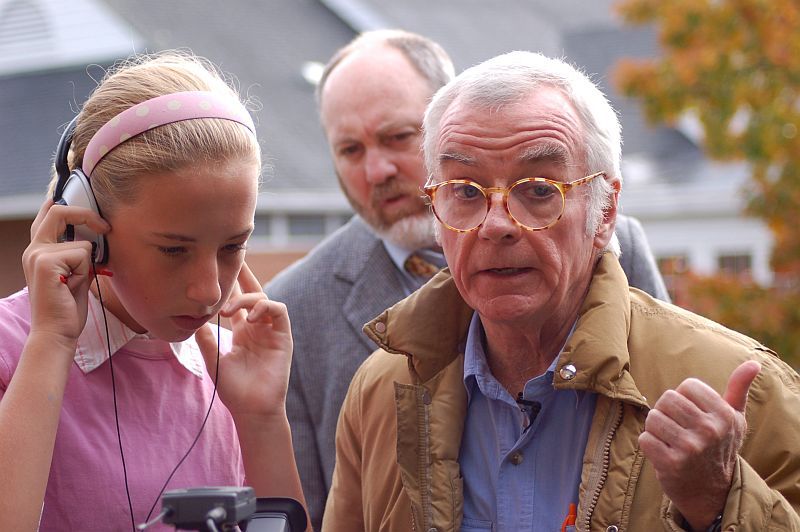 John Avildsen is perhaps best known for directing Rocky, Lean on Me, Power of One, and The Karate Kid (parts I and II). Rocky and Karate Kid II are among the highest grossing films in U.S. box office history–a fact that was not lost on Carla and the five other students involved in Carla’s production. “It just seems so amazing that I got to work with him,” Carla said in an interview at the time. “It didn’t seem real at first–I mean Rocky and Karate Kid–those are classics.”

Predictably, John had high standards for the students, but he was also a terrific teacher with a gentle manner who easily made the transition from working with professionals to instructing middle school students. He offered support and guidance every step of the way by posing questions and offering suggestions. Yet, he instinctively resisted the urge to take charge of the operation, empowering his young film students to make the film their own. One of the student actors, Missan “Missy” deSouza’07, recalled how much she enjoyed working with Mr. Avildsen, calling it “a privilege.” She added, “He didn’t give orders. He gave me little tidbits that helped me do better. He was the real deal.”

At the premiere showing of the finished student film, John let Carla hold the Oscar that he won for best director of Rocky in 1977. At that event, Carla stated, “Everything changed for me when I discovered film at IMS. I didn’t know anything about making films and now it’s something that I think I will pursue as a career.” The whole experience had such an impact on Carla that she went on to produce films in high school, received a full scholarship to attend the USC School of Cinematic Arts, graduating magna cum laude in 2016, and is, indeed, pursuing a career in the television and film business. John was always there on the sidelines cheering her on. 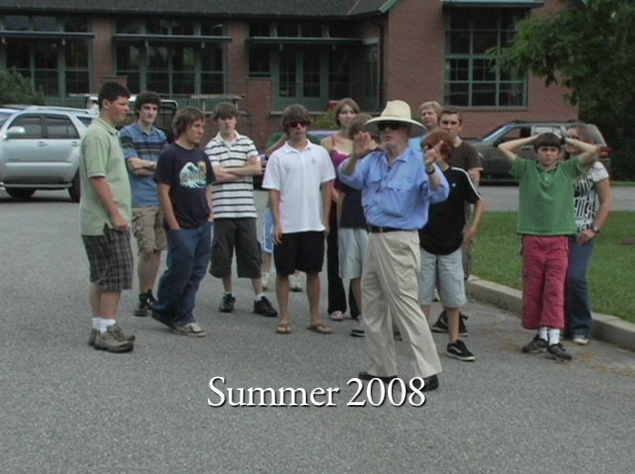 John and Jim returned to IMS during the summer of 2008 for a one-week Young Filmmaker’s Workshop at IMS where a new group of spirited students learned the basics of film writing, directing, lighting, editing, and producing under their tutelage. 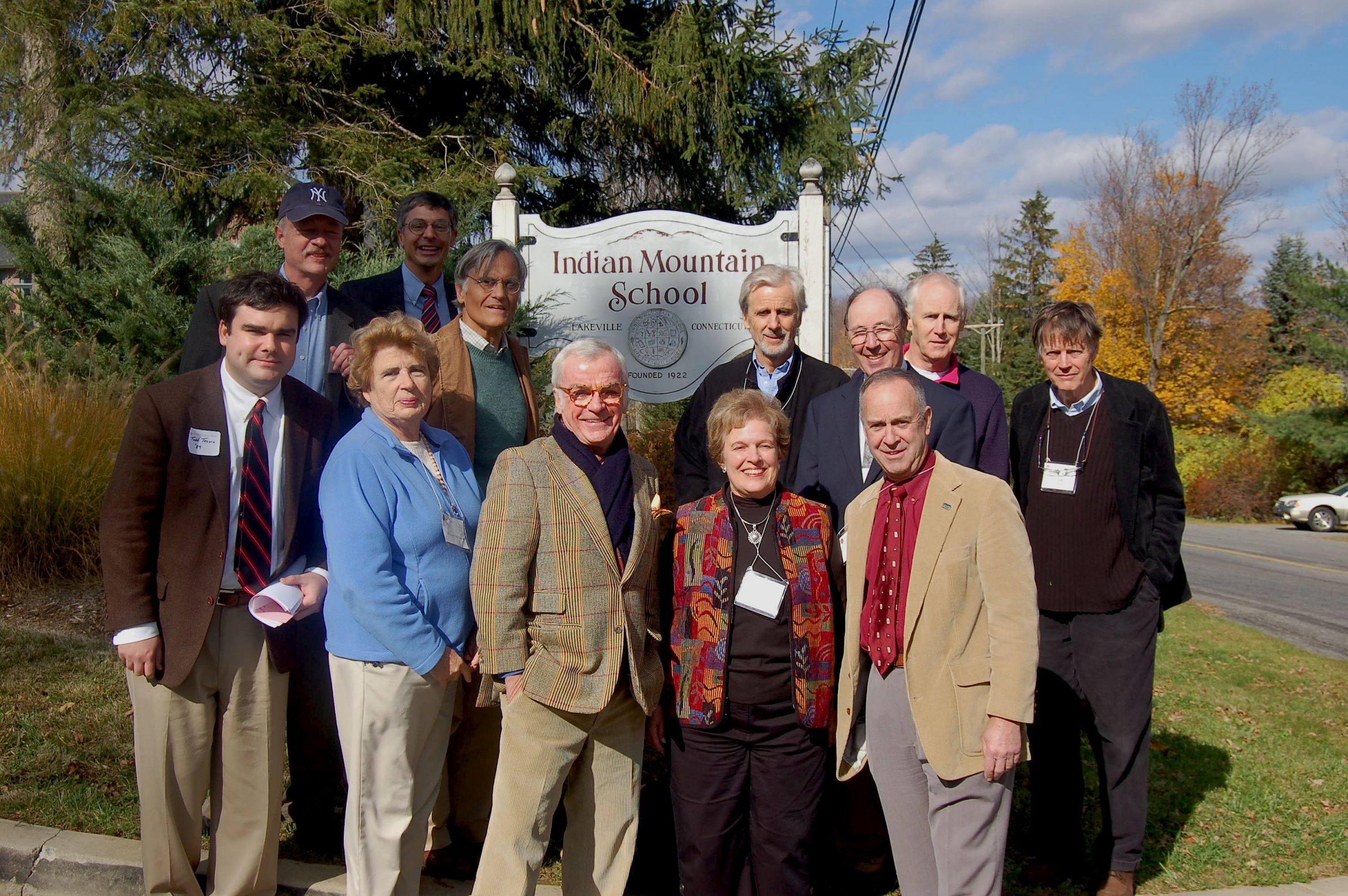 In addition to being a highly engaged mentor to our students, John also held the relationships that he had with his fellow IMS alumni near and dear to his heart. He was one of the organizers of his 55th reunion in 2006 when he was able to reconnect on campus with some of his former classmates. John shared memories of his IMS days with our students during a panel discussion and spoke of one particular moment on top of Indian Mountain. He recalled, “One of my most cherished memories is of being up on Indian Mountain one winter afternoon in 1951. I was the last person in my group to head down the ski trail and found myself mesmerized and enchanted by the quiet that filled the air. I’d never heard such blissful quiet.” We later captured John sharing that memory on camera. 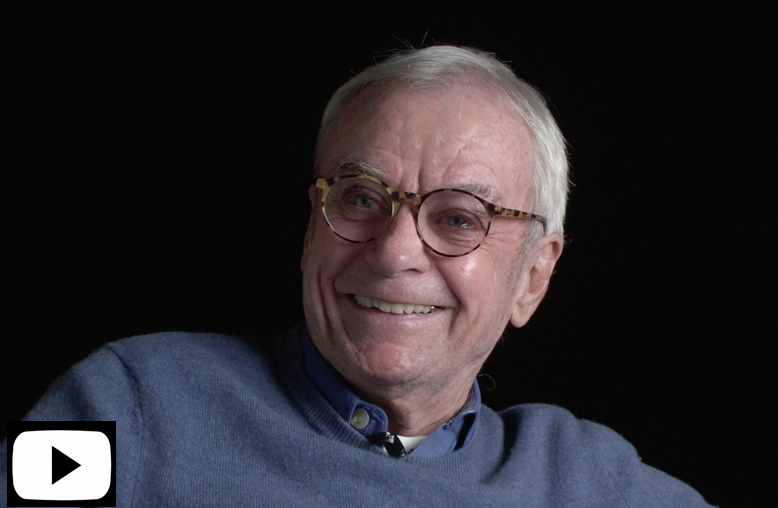 The last time John visited campus was in October of 2016 to screen an early cut of the documentary, John G. Avildsen: King of the Underdogs, which IMS parent Jim Hussey P’09’17 helped produce. John generously shared his time with our students to answer questions about his career and his time at IMS. In true form, the first thing he did when he went on the stage in the Assembly Hall was pan the audience with his phone to capture the moment on film. The last thing he did was to share some advice for our students, encouraging them to keep a diary and to soak up every bit of knowledge possible. Perhaps the best way to honor his legacy is to help our students follow that advice to learn some and then learn some more.