Posted on September 13, 2016 by Graphic Details

When not in the classroom, the head of our English department practices his trade as a professional journalist. 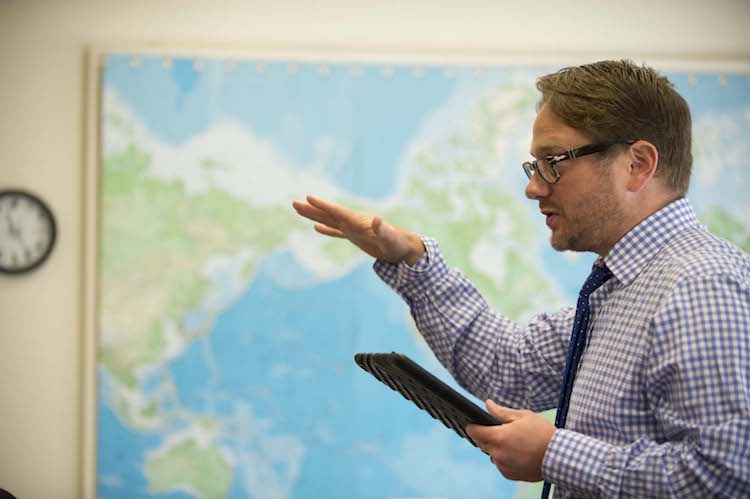 David Gargill is a two-time National Magazine Award nominee whose work has appeared in Harper’s, GQ, The National, and O: The Oprah Magazine. A member of Kenyon College’s class of 2000, David earned a joint degree in English and Political Science. Since joining Indian Mountain in 2010, he has relished the role he plays in helping students become able writers and analyzers of literature. As a former college athlete (soccer and lacrosse), David supports the IMS athletic program by coaching at the varsity level. David draws on his own experience as a boarding student (Pomfret ’96) in his role as an affiliate in the Lower Doolittle dorm.

Recent events have revived interest in David’s report on the Hudson River cleanup, ”The General Electric Superfraud: Why the Hudson River Will Never Run Clean.” The original cover story ran in Harper’s way back in December 2009, drawing the ire of GE and environmental groups alike, because it questioned the efficacy of the cleanup at the project’s outset. Just this August, citing evidence from NOAA, the New York State Department of Environmental Conservation called on the EPA to compel GE to conduct a more comprehensive cleanup, validating the article’s claims. “It’s been surreal,” says David. “It’s an unfortunate thing to be right about, but it is nice to be vindicated. When I spoke to the magazine’s publisher, Rick MacArthur, he said that Harper’s always strives to be ahead of the news, but they’re rarely seven years ahead. That was gratifying to hear.” Be sure to read the Harper’s follow-up interview with David on their blog.

In addition to teaching his rigorous eighth and ninth grade English courses, David brings his experience in journalism to IMS students in his elective and intersession classes. Last spring, he even took a group of young journalists to tour the offices of Rolling Stone, Harpers, and Men’s Journal to meet with editors and gain insight into the workings of a national magazine. David is always looking for his next big story and works every day to help our students tell theirs.